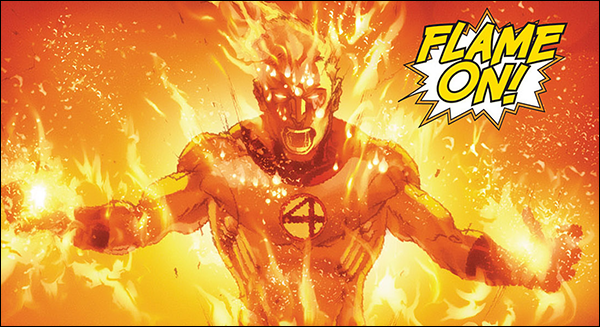 In Glenville, Johnny lives with his sister Sue; While she's known as a member of the Fantastic Four, he tries to keep a low profile; We get to see the house, much of which is chemically fire-resistent, and equipped with various crime-fighting equipment; But even in the suburbs danger lurks, as someone called The Destroyer is hell-bent on wrecking a local amusement park nearing completion!

Part 2: The Flaming Fury Strikes Back!!; Ben shows up, but Johnny refuses help, saying it's his fight.